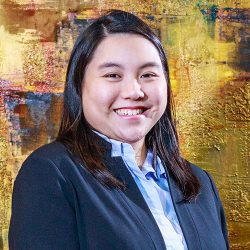 Upon being admitted to the Philippine Bar in 2016, Mai was immediately hired by one of the biggest law firms in the country where she practiced Corporate Law, Intellectual Property Law and Labor Law.

During her stay, she assisted in infrastructure, and energy projects. She was also involved in project financing, and in mergers and acquisitions. In addition, she was able to conduct due diligence reports and contract reviews for different transactions.

Mai obtained her Juris Doctor from the UP College of Law in 2015 and was admitted to the Philippine Bar the following year.